Mystery of 101-year-old master pianist who has dementia

At first glance, she was elderly and delicate – a woman in her 90s with a declining memory. But then she sat down at the piano to play.

“Everybody in the room was totally startled,” says Eleanor Selfridge-Field, who researches music and symbols at Stanford University. “She looked so frail. Once she sat down at the piano, she just wasn’t frail at all. She was full of verve.”

Selfridge-Field met this woman, referred to as ME to preserve her privacy, at a Christmas party around eight years ago. ME, who is now aged 101, has vascular dementia: she rarely knows where she is, and doesn’t recognise people she has met in the last few decades. But she can play nearly 400 songs by ear – a trick that depends on tapping into a memory of previously stored musical imprints – and continues to learn new songs just by listening to them. She has even composed an original piece of her own. To read more, click here. 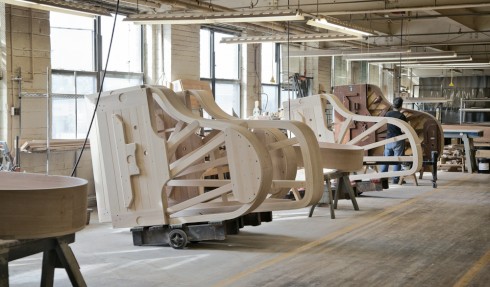 Photographer: Chris Payne. Out near Laguardia Airport, in Queens, is the Steinway piano factory. It smells like sawdust...
Copyright 2014 Venus Premium Magazine Theme All Right Reserved.
Back to top