Piano virtuoso from Kazakhstan invited to Britain’s Got Talent 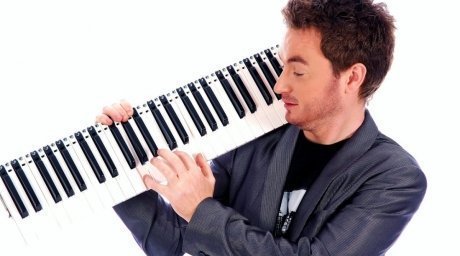 Oleg Pereverzev from Chick Flick band, a virtuoso pianist from Kazakhstan, has been invited to Britain’s Got Talent show, Tengrinews reports.
His first audition will take place on November 19 in London.

Britain’s Got Talent (often shortened to BGT) is a British television talent show competition which started in June 2007 and originated from the Got Talent franchise. Anyone of any age with some sort of talent can audition for the show. Acts compete against each other in order to gain the audience support while trying to win the title of The winner of Britain’s Got Talent.

Oleg Pereverzev became famous after uploading several videos of him playing classic compositions in an unusual way on YouTube. One of his videos shows him playing the Flight of the Bumblebee of Nikolai Rimsky-Korsakov on two instruments at the same time, another one shows his back to front performing of Franz Liszt’s Hungarian Rhapsody No. 2. One of his videos garnered more than one million views. Click here to read more.

Ira Shenk's life has been filled with music. At the age of 86, he plays piano at morning Mass at St. Paul the Apostle...
Copyright 2014 Venus Premium Magazine Theme All Right Reserved.
Back to top