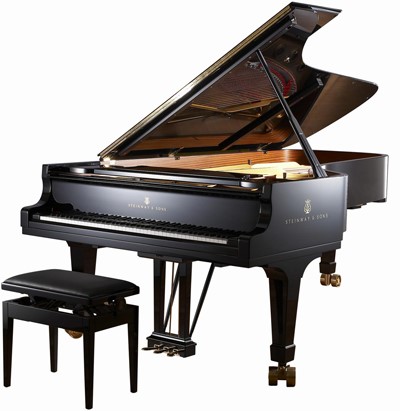 Press release from Music Trades Magazine: THE PAULSON COMPANY completed its acquisition of Steinway Musical Instruments on September 19, paying $40 a share, or $512 million, for the renowned piano maker and ending a hotly contested bidding contest. John Paulson, president of the Paulson & Co. hedge fund and the owner of three Steinway pianos, remarked, “Over the last 160 years, Steinway has built an unprecedented reputation for excellence.  We will uphold that tradition with the continued uncompromising pursuit of perfection.”

The Steinway board’s decision to weigh offers for the company earlier in the year sparked a surprising number of rich bids. In July, private equity firm Kohlberg & Company offered $35 a share for the company, a 33% premium over the 90-day average closing price of the company’s shares. During a 45-day “shopping period,” Paulson was one of 64 buyers who evaluated the company, and on August 10 he topped the Kohlberg bid with a $38-per-share offer. A day later, Samick, which already owned 32% of Steinway’s shares, upped the ante with a $39-per-share bid. Paulson made a final $40-per-share offer on August 14.  Until the transaction was completed, however, there was concern that another offer might emerge.

Steinway Chief Executive Officer Michael Sweeney stated, “As we look forward, we expect the entire Steinway family–dealers, artists, and employees–to benefit from the continued execution of our business strategies under Paulson’s ownership.”

Paulson & Company is a hedge fund with approximately $17 billion under management. The organization gained fame in 2010 with a complex bet against the housing market that reaped a $5 billion profit and was described as “the single greatest trade in history.”

When Mark Maziarz, along with Alison Butz, established Art Pianos for All, an art project where decorated pianos are placed...
Copyright 2014 Venus Premium Magazine Theme All Right Reserved.
Back to top