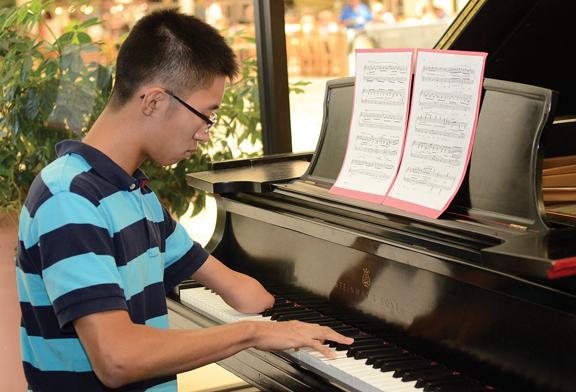 The tune coming from the baby grand piano was classical, with a hint of Spanish influence, the sound filling the music store deep and resonating. Treble notes flew from the keys in rapid succession, while bass notes reverberated in a syncopated counter to the melody.

Bent over the keyboard of a piano at the Clark Music store in Clifton Park Center with an intensity beyond his years, 17-year-old David Lou played his recital piece, “Cordoba,” a late 19th-century composition by composer Isaac Albéniz.

And he did it all with one hand.

Born with a left arm that ends at his elbow, Lou will be a senior at Shenendehowa High School. He is ranked second in his class academically, plays on the school’s varsity tennis team and has submitted an early application to Princeton University.Continue Reading

Pianos have been placed throughout South Orange as part of public art project presented by the South Orange Performing Arts...
Copyright 2014 Venus Premium Magazine Theme All Right Reserved.
Back to top